BANKRUPTCY AND THE BIBLE 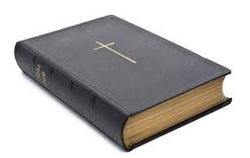 Over the years of practicing bankruptcy law, I have had several people ask me questions similar to the following:
Is bankruptcy scriptural?
Is bankruptcy a sin?
What does the Bible say about
bankruptcy?
and other variations of similar questions. To non-Christians these questions do not matter very much. However, these can be very serious questions to Christians who take their beliefs seriously.
So recently, I decided to do some research and study to try to answer some of these questions. A summary of the results of my research and study is as follows:

In fact, some of the oldest bankruptcy or release of debt laws were written in the Bible, in the Old Testament or Torah. One example is found in Deuteronomy 15:1-2:

“At the end of every seven years you shall grant a release of debts. And this is the form of the release: Every creditor who has lent anything to his neighbor shall release it. He shall not require it of his neighbor or his brother, because it is called the Lord’s Release. “

This seventh year is sometimes called the “Sabbath Year”, the “Sabbatical Year”, or the “Year of Release.”

Nehemiah 10:31 makes reference to the Godly practice of periodic debt forgiveness or release:

” … and you will forgo the crops of the seventh year and the exaction of every debt.”

The fiftieth year, which followed seven Sabbath years, was to proclaim liberty to those who were servants because of debt, and to return lands to their former owners. Leviticus 25:8-55; 27:17-24; Ezekiel 46:17.

The debts were periodically forgiven for several reasons:
1. God’s law required it;
2. It promoted forgiveness and restored fellowship;
3. It helped a debtor to maintain the welfare of his or her family;
4. It promoted a society that was equitable, fair and did not allow mistreatment
of the poor or misfortunate;
5. It gave the debtor a fresh financial start.

We should note that Psalms 37:21 says that “The wicked borrows but does not pay back, but the righteous is generous.” This scripture is the general rule of everyday life for a Christian and no one should borrow with the intention of not paying back what was borrowed. Sometimes through different unintentional circumstances, people cannot pay their debts back, but still need to live and support their family.

This is one of the reasons God provided for the “Year of Release” in Deuteronomy 15:1-2 above. Sometimes people get into a situation so deep that there is no hope of earning or paying their way out of debt and still support their family. In keeping with God’s love and forgiveness, He knew His creation, and required the debts to be released every seven years.

When this country was founded, most of our founding fathers considered themselves Christians and believed that the Bible was the Word of God. Consequently, they were familiar with the Bible and chose some of its’ principles as principles that were good for the orderliness of a society.

The United States Constitution provided for a release of debts provision that was to be designed by congress. Just as the periodic “Year of Release” in the Bible was to be used to restore the family life and future of the Israelites, the modern bankruptcy law is to serve the same purpose for Americans today.

A fundamental goal of the federal bankruptcy laws enacted by Congress is to give a person a financial “fresh start” from burdensome debt. In a bankruptcy case, the U.S. Supreme Court declared that bankruptcy,

“… gives to the honest but unfortunate debtor…a new opportunity in life and a clear field for future effort, unhampered by the pressure and discouragement of pre-existing debt.”, Local Loan Co. v Hunt, 292 Us 234, 244. This is accomplished through the bankruptcy discharge order. The discharge releases debtors from personal liability from most debts just as the Biblical “Year of Release” did. This discharge order prohibits creditors from ever taking action against the person to collect the debts.

Even if someone is a Christian, they can use Paul’s example in Acts 25 when he appealed to the Roman Civil Law to protect him from those that were persecuting him. Romans 13:1 tells us: “Let every person be subject to the governing authorities. For there is no authority except from God, and those that exist have been instituted by God.” Every Christian has the right to use the civil laws granted by God.

Bankruptcy is not something to be taken lightly. Before filing a bankruptcy a Christian should at least do the following:

1. Pray to God for guidance and help for the direction He would have you go;

2. 1 John 1:9 tells us: “If we confess our sins, He is faithful and just to forgive
us our sins and to cleanse us from all unrighteousness.”;

3. Ask your creditors for mercy and forgiveness to see if they are willing to
voluntarily forgive you and your debts;

If you have failed in your finances, admit your failure to God. Romans 8:1 says: “There is therefore no condemnation for those who are in Christ Jesus.”
If you are a Christian, God will forgive you for your financial failings and give you a “fresh start” in your life. 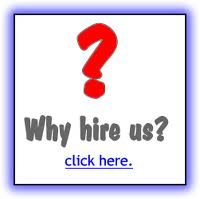